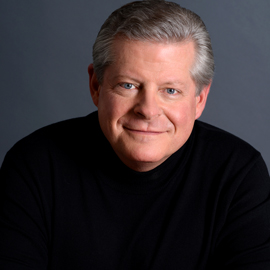 As a young child, gazing into the sunlit sky, Roger experienced a mystical awareness of the Oneness of all Life, a knowing that stayed with him throughout his growing years. When he was a teenager, he was drawn to the teachings of New Thought and The Science of Mind and Spirit. Roger resonated with the uplifting message of personal empowerment, love, and inclusiveness. Those principles helped to guide his life and eventually led him to accept his calling as a spiritual leader. Roger supported himself through college by playing banjo and singing at Shakey’s Pizza Parlors. He earned a degree in psychology and religion from the University of Denver. In recognition of his ministerial accomplishments, he has been awarded a Doctor of Divinity and a Doctor of Religious Science.

Early in his career as a minister, Roger left Mile Hi Church, where he had served for ten years as an Associate Minister, to serve pulpits in Oregon and California. In 1993, he returned to Mile Hi Church where he served as Senior Minister and Spiritual Director. The church thrived under Roger’s leadership, becoming the premier New Thought spiritual community. In 2008, Mile Hi opened its 15 million dollar state-of- the-art sanctuary which serves as a spiritual home for a beloved community of more than 10,000 members and friends. During his tenure, Roger presented a variety of renowned speakers, which include many of his friends and colleagues such as Wayne Dyer, Deepak Chopra, Mark Nepo, Michael Bernard Beckwith, Marianne Williamson, and Barbara Marx Hubbard. Roger’s Sunday messages were broadcast worldwide, shining a light of transformational power throughout the world. In 2018, after 25 years leading and building up Mile Hi Church, Roger retired from the role of Senior Minister and was awarded the title of Minister Emeritus. It is now his intention to take the principles of inner awakening and transformation to the wider world of seekers.

In 2014, Penguin Random House published Roger’s inspiring and highly acclaimed book, This Life is Joy . . . Discovering the Spiritual Laws to Live more Powerfully, Lovingly and Happily. Wayne Dyer penned the book’s Foreword, and Michael Bernard Beckwith wrote the Preface. This Life is Joy was greeted with rave reviews and is widely utilized as a manual and teaching tool for courses in personal development and spiritual deepening. In 2015, Sounds True recorded and published Heart Work . . . Nine Ways to Transform Your Greatest Challenges into a Life of Love and Joy. This six-CD set features Roger offering commentary and teachings on Part Three of his book. 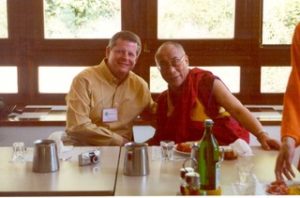 Roger is a visionary and co-founder of the Association for Global New Thought (AGNT), an organization dedicated to “consciously bringing forth the evolving human and an awakened world through the practice of universal spiritual principles and the energy of unconditional love.” In 1999, 2001, and 2004, he assisted in facilitating the Synthesis Dialogues with acclaimed global leaders including His Holiness, the Dalai Lama. His powerful interview with His Holiness, published in the January 2005 issue of Science of Mind magazine, honors the life and contributions of the 14th Dalai Lama, Tenzin Gyatso. In 2012, Roger assisted in facilitating the Awakened World Conference held in Rome. He also represented the New Thought movement at the Parliament of World’s Religions in Melbourne, Australia, in 2009, and in Salt Lake City, Utah, in 2014. 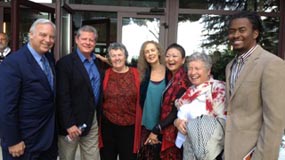 Roger has traveled the globe as a spiritual seeker to glean the wisdom of other spiritual traditions and heed the call to a higher consciousness. Always open to the evolution of his own spirit, he inspires each person to “explore enthusiastically the mystery and majesty of Oneness that is our Source and our very life.” His life transforming seminars and meditation retreats offer participants opportunities to expand their awareness and immerse themselves in a higher vibrational field. Much of Roger’s work is now offered in virtual formats.

As a leader, Roger has acted as the Chairman of the International Board of Trustees for Centers for Spiritual Living. He has also served on the boards of the Interfaith Alliance of Colorado, the M.K. Gandhi Institute for Nonviolence, the Foundation for Affordable Housing, and the Community First Foundation. In 2013, he was awarded “The Light of God Expressing in Society Award” from Unity World Ministries. This award is bestowed upon a distinguished individual who has benefited humankind and enhanced the spiritual quality of life through service, healing, teaching, writing, and leadership.

In his leisure time, Roger enjoys movies, travel, golf, musical “jam sessions” with his sons, dating his wife, and spoiling his grandchildren.

Would you like to receive regular email updates from Dr. Roger?

This Life Is Joy

This Life Is Joy is an extraordinary new book by one of the most admired spiritual teachers in the country. In this book, Dr. Roger Teel shows us how every moment, experience, and person can be an opening for our soul. Click here from more info.

Welcome to Our New Site!

Thank you for visiting our new site! We welcome you to our online community. If you have any questions or comments, please contact us.